1.THE MARKET SHARE OF LITHIUM-ION BATTERIES IN DATA CENTER BATTERIES 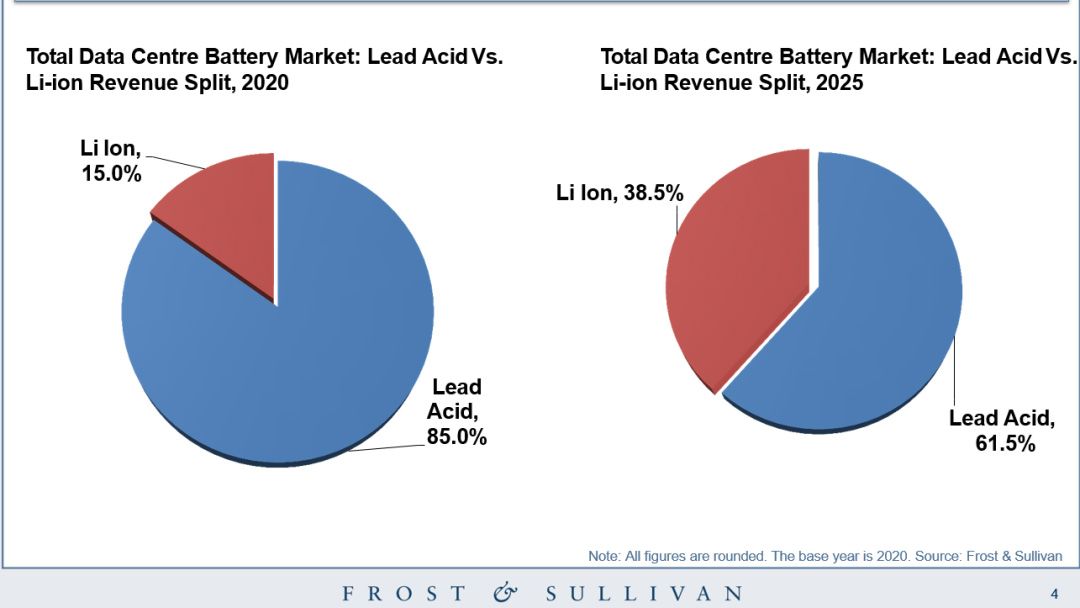 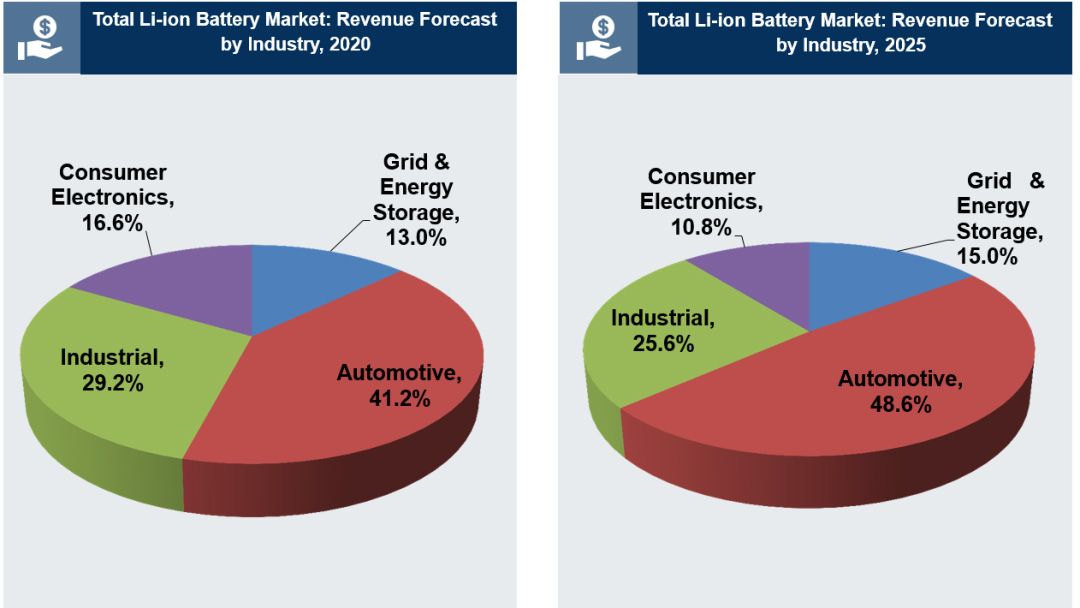 2. ADVANTAGES AND DISADVANTAGES OF LITHIUM-ION BATTERIES USED IN DATA CENTERS

For the data center industry, the power supply system is like the heart of the data center, providing reliable and stable power for equipment. The battery is considered to be the source of life for power supply. Compared with lead-acid batteries, lithium batteries have the advantages of long life, small footprint, low load-bearing requirements, simple maintenance, environmental protection, reliability and stability, and will surely become data center backups in the future. First choice for electricity. 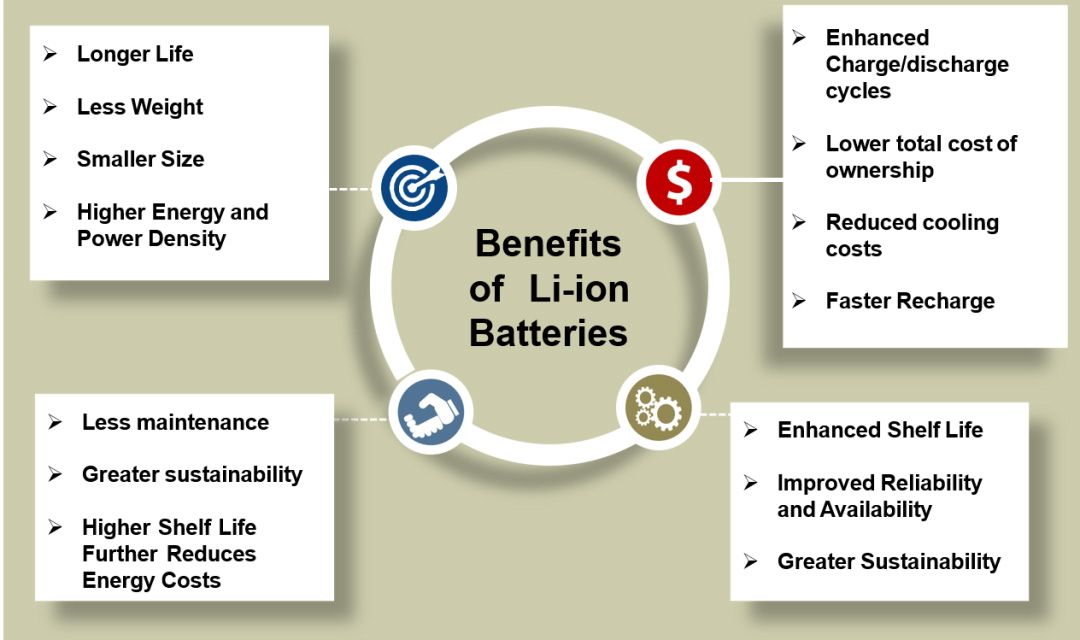 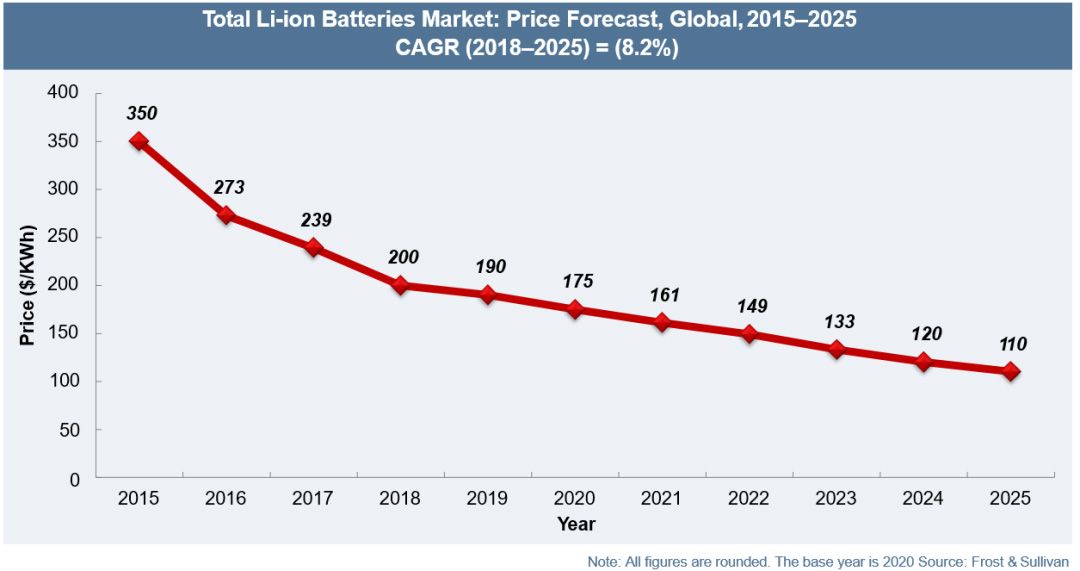 Reliability is one of the bottlenecks in the development of lithium-ion batteries to large-scale energy storage technology. Generally speaking, the safety problems of lithium-ion batteries are manifested as burning. The root cause is the internal short circuit of the electricity and the internal thermal runaway caused by external factors such as overcharging, squeezing, puncture, and falling.

Li-ion charging circuits and controls are different from lead-acid batteries. Data center operators need to consider whether the existing UPS system is compatible with lithium-ion technology, and whether hardware and embedded software upgrades are required.

3. RECOMMENDATIONS FOR THE DEPLOYMENT OF LITHIUM-ION BATTERIES IN DATA CENTERS

At present, for the application of lithium-ion batteries in data centers, reliability is the main consideration for customers. To improve the reliability of lithium-ion battery applications, Frost & Sullivan suggested that, first of all, a stable battery cell material should be selected. Among all currently used battery cell materials, lithium iron phosphate has a stable molecular structure and is more difficult to run out of heat. In addition, it does not produce combustion aid (oxygen) after thermal runaway, and generates less heat. Even if thermal runaway occurs, it is difficult to catch fire. For example, through acupuncture test to verify the reliability of lithium iron phosphate, it is verified that after a short circuit and thermal runaway occurs inside the battery, the test result will not catch fire.

Secondly, at the system level, the reliability of lithium batteries is improved through intelligent means. Lithium battery's BMS management system is particularly important. It is necessary to identify faults and maintain in advance through multi-level intelligent BMS management, and control thermal runaway at an early stage to prevent fires. On the one hand, the reliability of the battery can be predicted by the internal short-circuit algorithm. When the internal short circuit of the battery cell reaches a certain condition, it can be identified by the algorithm, and an alarm is generated to remind the user to replace the faulty battery in time to prevent thermal runaway. On the other hand, the BMS system should have a current sharing control function to ensure that the current of each group of batteries is the same when multiple groups of batteries are running in parallel, so as to ensure the consistency of the batteries. While maximizing the backup time, it can also improve the reliability of the battery and reduce the failure rate.

BSLBATT B20 is a battery energy storage system with a capacity of 1.1MWh, suitable for scenarios such as small C&I, microgrids, and distributed renewable energy power stations. 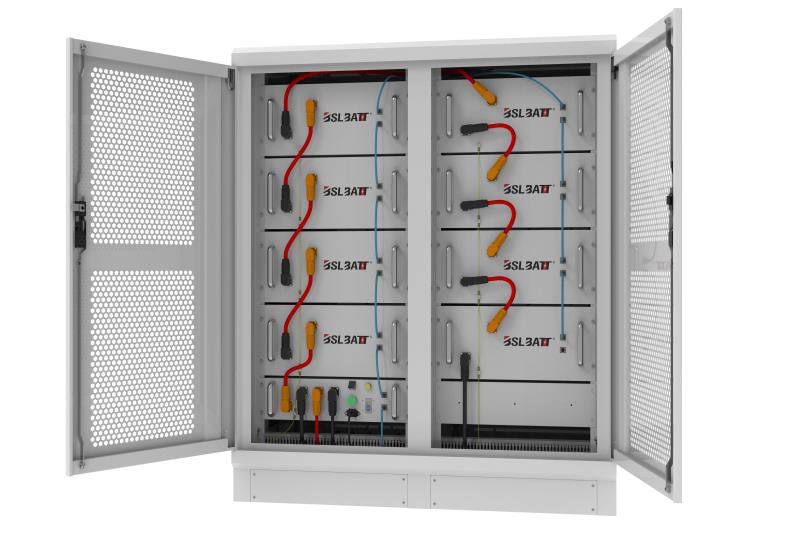 BSLBATT has made great achievements in the lead-acid battery replacement market for forklifts. It has installed a safer and more reliable lithium battery system for more forklifts. With the control of the BMS board, the internal data of the battery can be visualized, and the maintenance and replacement are better. Convenience. Therefore, we also hope that in terms of lithium battery energy storage, we can achieve better achievements than lithium batteries for electric trains, help more countries and regions complete the establishment of distributed energy stations, and maximize the utilization efficiency of renewable energy.

The BSLBATT team has been working hard to reduce carbon pollution and carbon emissions, and contribute to the development of global renewable energy and the use of green energy!