The industry generally believes that despite the global economic slowdown caused by the new crown pneumonia epidemic, the renewable energy industry still achieved more than expected growth, which marks the "green power era" is getting closer, 2021 will become the next period of rapid development of renewable energy new starting point. The industry urgently needs to increase the scale of investment and technological innovation during this period, to the maximum extent, the fastest speed to achieve energy transformation. 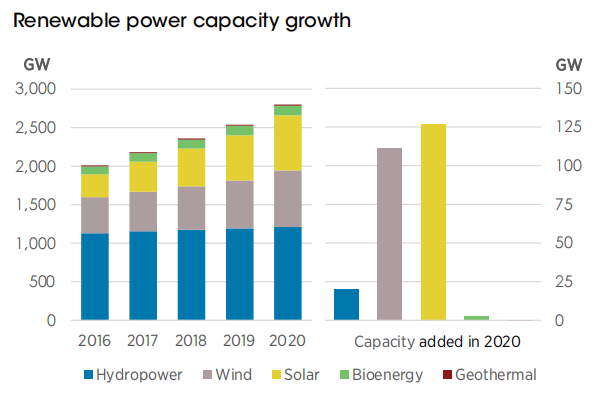 Francesco LaCamera, Director General of IRENA, said, "The strong growth of the renewable energy sector, despite the great challenges and uncertainties faced globally last year, has brought optimism to the world, while further encouraging global efforts towards a better, fairer, resilient, clean and just future. " 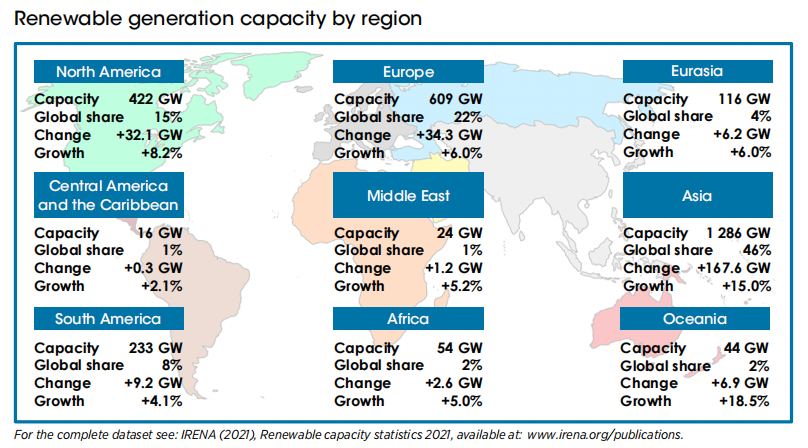 In its report, IRENA highlighted China as the key growth market where clean energy development was most prominent last year and has become the world's largest renewable energy market. Last year, China installed 136 gigawatts of new renewable power, including 72 gigawatts from wind, 49 GW from solar, 12 GW from hydropower, and more than 2 GW of installed biomass power growth.

And the U.S. data show that last year, the U.S. new renewable energy generation installed only 29 GW, of which 15 GW from solar, 14 GW from wind.

IRENA believes that clean energy is now seen as a safe investment option. As technology continues to advance, the cost of clean energy generation is falling rapidly, and wind and solar are now the cheapest sources of electricity in most parts of the world.

Investment bank Goldman Sachs expects clean energy capital expenditures, including biofuels, to account for 25% of all global energy capital expenditures in 2021, up from 15% in 2014. Given that clean energy is transitioning from relying on subsidy mechanisms to having a low-cost advantage, the next phase of the industry's development will undoubtedly continue to be dominated by technological innovation and breakthroughs. It is expected that a new group of clean energy giants will be born globally between 2021-2030.

"The era of renewable energy has arrived."

"The promising growth of renewable energy sources makes us reflect and gives us the opportunity to align our trajectory with the path towards inclusive prosperity." According to FrancescoLaCamera, "We are proving to be seizing this opportunity, and despite a very difficult last year, as we predicted, the time for renewables has come."

The industry also generally agrees that against the backdrop of the epidemic hitting the world, the cost of clean energy generation is still falling, the market for clean energy technologies is still expanding, and the benefits of the energy transition have never been more evident. The decade starting in 2021 is expected to be a "golden decade" for global climate action, environmental mitigation and investment in the clean energy transition.

However, Francesco LaCamera emphasized that such rapid clean energy trends will have to continue to advance if the Paris Agreement's goal of controlling warming to no more than 1.5 degrees Celsius is to be achieved. While many technologies to reduce carbon emissions from highly polluting industries already exist, they require funding to develop for industrial-scale use. The typical investment cycle for heavy industry is 25 years, with the next round of investment expected to begin around 2030.

The International Energy Agency (IEA) also notes that global spending on clean energy technologies will need to at least triple over the 10-year period beginning in 2021 to avoid the worst effects of climate change.